What is it?
With the Mini-Hug Ring you can give your boyfriend, girlfriend, or best friend a remote hug no matter how far you are from each other.

Anywhere you are, just hug the ring on your finger and at the same moment your significant other will feel that hug. For that very instant, you’ll feel each other’s warm presence. 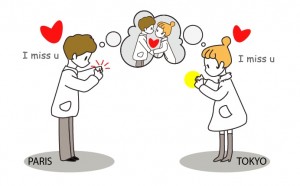 Who is it for?

For anyone in a relationship, romantic, platonic or by blood, age 8 to 88, who sometimes during the day cares to share their warm feelings but cannot be together because they are busy. With RingU, you’ll always be able to share your feelings with your friends, family, or loved one.

Why RingU?
You can always text your beloved partner, but it will never replace your sense of touch. Research has shown that empathetic communication strengthens relationships.

How does it work?
“Hugging” the ring by one person transmits the touch sense digitally to the other ring which replicates the sensation.
Using Bluetooth 4.0 the ring communicates with your smartphone which transmits the touch message over the internet.
To pair two rings all you need to do it bring them together to trigger its powers, or, if they are remote – use the complementary mobile app.

The ring supports 3 types of hugs: a Mini-Hug, an Intense Hug, and an Urgent Hug (short squeeze, long squeeze and a series of hugs in a row – respectively)

User can also set their partner’s ring led color. There are 5 different colors (green, blue, yellow, red, orange) and user can set each of the color to a certain emotion.

What does the RingU application do?

The ring comes with a corresponding private social network for two where you can send corresponding messages, photos, videos, together with your physical ring hugging. It also displays the time, date, and location of all your sent and received hugs. The ring synchronizes with the social network app seamlessly.
It allows you to customize the functions of the ring, pair with with your ring of choice.

Splash Screen
This screen will be displayed as a welcome screen when user runs the
RingU application. It shows the main logo of RingU service

Select Pair Screen
This screen will be shown when user runs the application for the first
time. It will ask user to select pair to be connected with their ring. User
will have choice to select pair by connecting to facebook or by entering
the e-mail address of their partner. RingU app will do the rest to pair
both users and allow them to send emotion with RingU 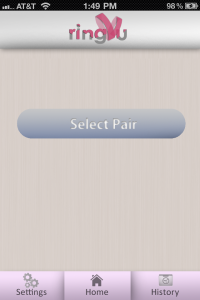 Main Screen
This will be the main screen in the app for user to interact with their
partner. Status icon shows whether both rings are connected. Pictures
of both users will be shown on the screen and their relationship will be
shown, which in this case : Best Friends. Recent mood of your partner is
also shown , so that user can easily understand what his/her partner
currently feeling. The emotion icons in the bottom part of the screen are
used to send the particular emotions to partner, such as hug, miss, or
intense hug. 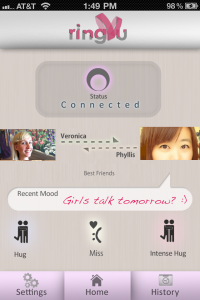 History Screen
This screen will show the log of interaction. Recent mood and emotions
sent between both users will be shown in timeline.

Is it a gadget or jewelry? What is it made of?

We think it’s both and much more!

It’s stylish and will look beautiful on your finger, and it is technically an accessory to your mobile phone – however think about it as a new form of remote empathetic communication.
The standard RingU is made of a textured plastic case.

Does it come in multiple colors?
You’re part of the design process! Three color options are already set: Arctic White, Jet Black and Violet Purple. If you back any of the color options, we’ll email you a survey after the project closes so you can vote on a new, 4th color option. Later on, we’ll email you again asking which of the final color options you’d like to select. Even if you don’t like the Voter’s Choice, you’ll be able to choose from White/Black/Purple.

Compatibility: iPhone 3GS, 4, 4S running iOS 5 or any iPod Touch with iOS 5 and above. selected Android phones will have compatibility in future.

Can I customize its appearance?
We are always open for feedback and ideas from the community and will periodically release new form factors.
We will also publish the 3D models, technical drawings, and software of the ring as creative commons, so hardware hackers can customize it and create new form factors and add functions on their own.

What are the luxury rings?
The luxury rings are true jewelry cast from 24 karat gold or xx silver, or diamond. It makes a great wedding, engagement, or anniversary ring! 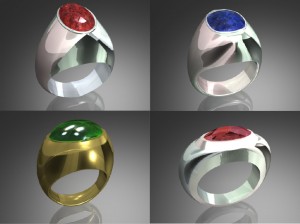 In what stage of development is it?
We have been working on similar empathetic communication devices for over 10 years. As seen in the video, RingU is in a working prototype stage.
With the your support we be able to bring the ring to fingers all over the world.

Document with Links to Videos of RingU

Adrian David Cheok is Director of the Mixed Reality Lab. He is a Full Professor in Keio University, Graduate School of Media Design. He worked in real-time systems, soft computing, and embedded computing in Mitsubishi Electric Research Labs. He has been working on research covering mixed reality, human-computer interfaces, wearable computers and ubiquitous computing, fuzzy systems,embedded systems, power electronics. He has carried out research projects in the area of wearable computers and mixed reality from Nike, National Oilwell Varco, Defense Science Technology Agency, Ministry of Communications and Arts, National Arts Council, Singapore Science Center, and Hougang Primary School. In the Mixed Reality Lab, he led a team of over 100 researchers and students. He was invited to exhibit for two years in the Ars Electronica Museum of the Future, launching in the Ars Electronica Festival 2003. His early work included the work “3d-live”which was a pioneering work integrating live recorded 3d humans in mixed reality, with the effect of this invention being similar to the Princess Leia hologram in the movie Star Wars. His work “Poultry Internet” was one of the pioneering works on virtual realitycommunication between humans and animals. His works “Human Pacman”, “Magic Land”, and “Metazoa Ludens”, were each selected as one of the worlds top inventions by Wired and invited to be exhibited in Wired nextfest 2005 and 2007. 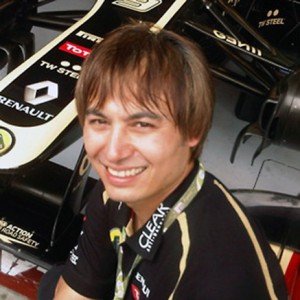 Yongsoon Choi is currently a PhD candidate at the graduate school of media design of Keio University in Japan, and he is also working as a researcher at the Keio-NUS CUTE Center, jointly operated by Keio University in Japan with National University of Singapore in Singapore. He received my B.A. in Fashion Design from the Design College of Kookmin University in Seoul, Korea, and subsequently M.A. in Interaction Design from the Graduate School of Techno Design of Kookmin University. Fluent in interactive design, He worked on a variety of commercial projects including web programming & user interface design in YEScomm (IBM Korea CRM & CTI solution) and he also executed Kitchen Media project (with NEC, Korea), developed 3D Motion GUI in DTV project(with Samsung Electronics, Korea), developed Home Network Service Scenario in the integration Middleware Platform project (with ETRI, Korea) and Digital Mirror and Auditory User Interface projects (with ICU, Korea) as a project manager and user experience designer. His research are novel experiential communication media using food and fashion, wearable interaction & interfaces, and affective fashion communication media (Sound Perfume & Light Perfume projects). 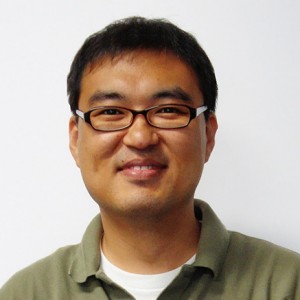 Jordan is a recent graduate from the Entertainment Technology Center at Carnegie Mellon University and holds a masters degree in entertainment technology and a bachelor’s degree in computer science. He is currently a PhD student at the Keio Media Design program where he serves as an engineer for the RingU project. Before joining Keio, he served as a visiting researcher for Dr. Igarashi’s Design Interface Project in Tokyo. At CMU, he worked on a social vehicle simulator for NEC’s C&C Innovation Lab and a location-based interaction exhibit for the 2012 World Expo in Yeosu, Keorea. He also served as an enginnering intern for social gaming company, Geisha Tokyo Entertainment. His research interests are exploring new narratives with human-human and human-computer communication and multisensory input, specifically, digital taste and smell. 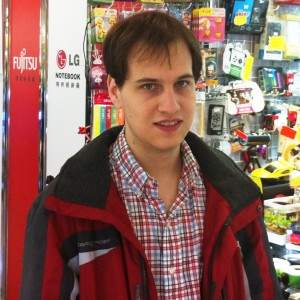 Keijiro is a twenty three years old Master Degree student. He is interested in multi sensory communication and managing art projects. Currently, at KMD, he is working on RingU project and Art travel project which is aimed to connect people through art experiences. He also works as coordinator on a study program collaborating with Stanford University. 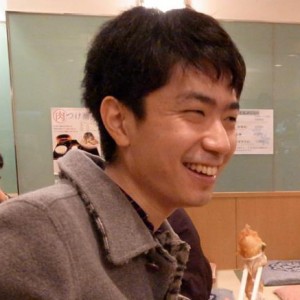 A twenty two years old Indonesian, first year graduate school student currently studying Multi-sensory Media at Graduate School of Media Design, Keio University. Have a deep passion both in IT and design since middle school, and have been continuing to improve himself throughout the years with web and mobile application development as his mainstream. 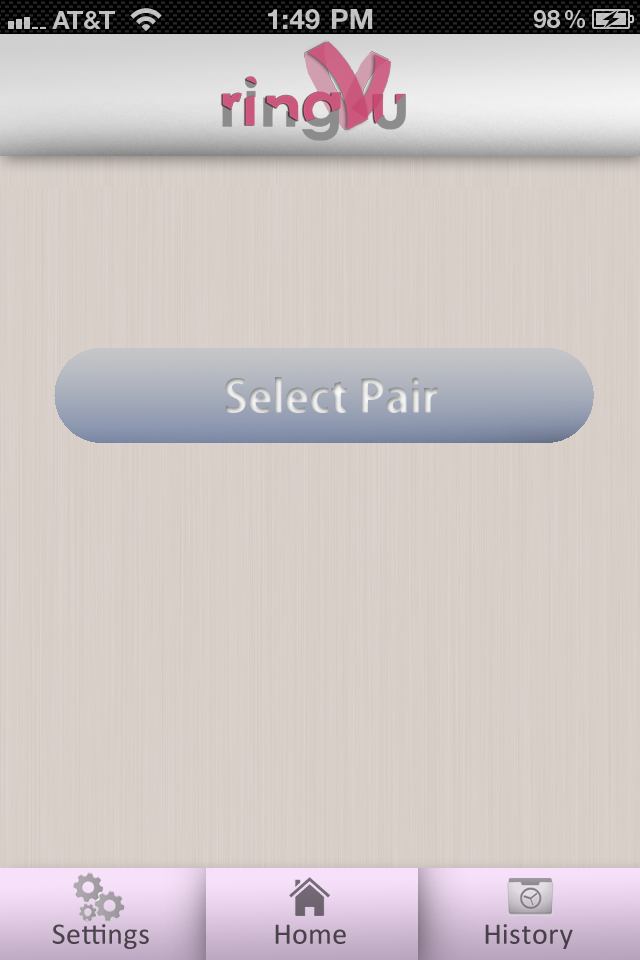 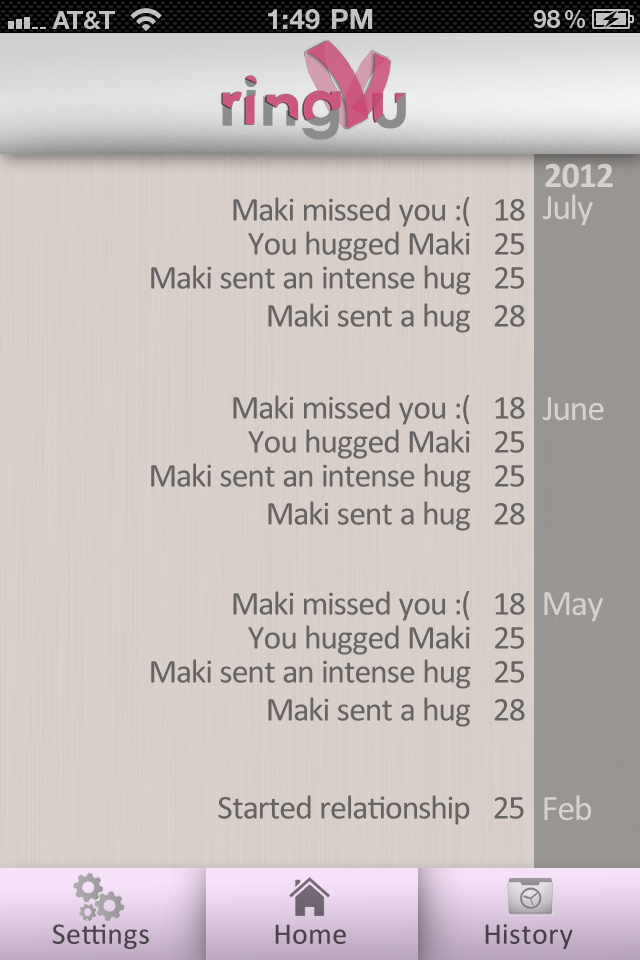 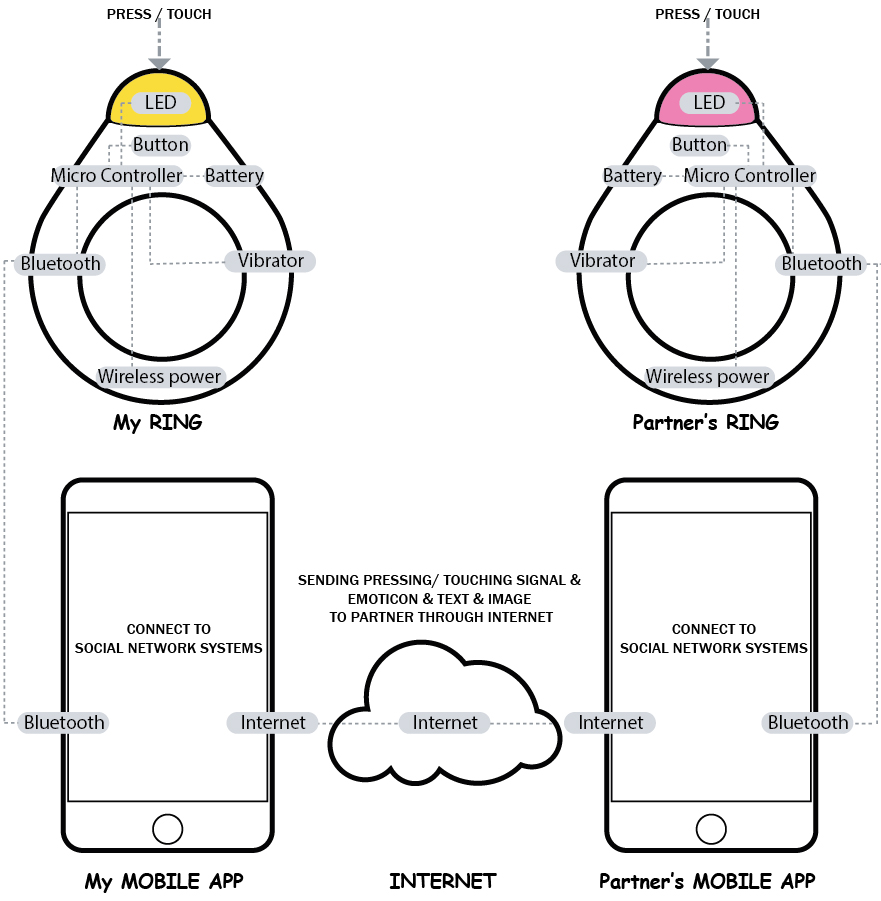 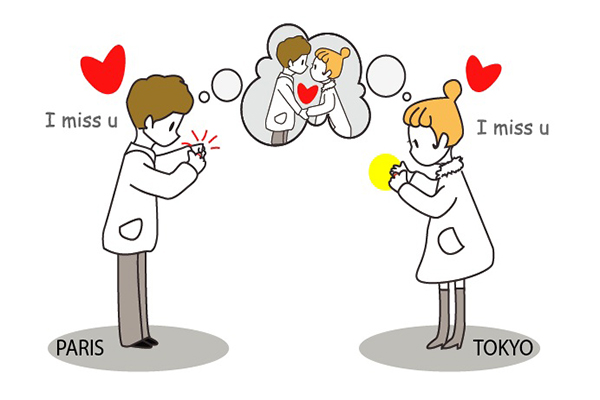 You’ve been there, staring inside your fridge loaded with ingredients but just don’t quite know how to put things together to make a nice decent meal. Or have you come across an awesome recipe that you really wanted to try out but just missed that one important ingredient required for that recipe?

Now, you don’t have to worry about these problems anymore! FoodGenie comes to your rescue!!
FoodGenie is a cool iPhone app that gives everyone a chance to become a super chef and helps your neighbours in cooking. It helps ordinary people (like you) make extraordinary dishes with what you have in the fridge. When there is a really important ingredient missing, it helps you find that missing ingredient by encouraging sharing of ingredients between neighbours. Guess what? You may get to know some really cool neighbours in your building! So what are you waiting for? Check out FoodGenie now!!!

With Creative Thinking and Technology

New Media and Technology are bringing about radical change in the world today. It is affecting the way we work, live and play, and is opening up new potential for economic, social and cultural development. The rapid evolution of New Media and Technology is also accelerating the rate of globalization and increasing communication, trade and exchange between people from all over the world.

Developing countries are increasingly leveraging on the tools of New Media and Technology to overcome challenges, and to seize opportunities in the liberalized global landscape. As New Media and Technology are getting increasingly ubiquitous, they have transformed the way people live in regions where resources are still scarce. For example, cell phones are helping farmers in Kenya market their crops. The Internet is helping slum-dwellers in India find Jobs. Radio soap operas are educating the tribal communities in Afghanistan. Online social networking is supporting a student drive to distribute school supplies in rural China. New Media and Technology has woven into the fabric of their everyday life.