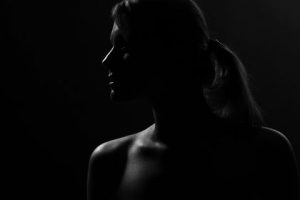 This could be the end of sex as we know it.

And some women might soon be competing with technology for their men.

At least 40% of European men surveyed say they’re willing to put up cash to purchase a robotic lover that will endlessly put out.

Jessica Szczuka divulged her findings on Monday at the Love and Sex With Robots congress at London’s Goldsmiths University.

Szczuka, who hails from the University of Duisburg-Essen in Germany, reported nearly half of males interviewed claimed they could imagine using a sex robot within the next five years.

“Being in a relationship doesn’t mean sexual fulfillment,” Szczuka said, according to the UK’s Daily Star.

“Sex is a very important part of social interaction.”

Szczuka questioned close to 300 men of all ages and also discovered that relationship status had no bearing on the outcome.

She added that while humans will form “special” bonds, they’ll also enjoy electronic friends with benefits in the very near future.

Last year, a report called the Future of Sex claimed that human-robot coitus will overtake human-human intercourse by 2050.