Eighties movies may have foreseen a future full of flying cars and hover boots – but now that we’re here, the closest we’ve got is the driverless cars of Milton Keynes. So what’s next? 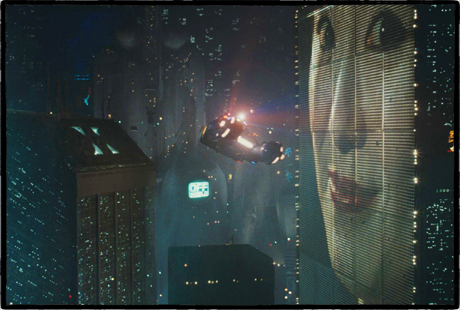 Wear your tech on the inside
Apple and Android both recently unveiled their respective smartwatches. But the key will be how they work with our bodies, believes Ghislaine Boddington, creative director of body>data>space and a speaker at this weekend’s FutureFest. “We need wearables that don’t inhibit us. Google Glass didn’t take off because it slightly dislocates people from the world.” These wearables are also set to become more beautiful and more personalised. Already, Kovert Designs’ jewellery subtly lets you know when you have a call or text; Wearable Solar charges devices via power stored in cloth.

But apparel is not the limit. “We’re already seeing hearing aids that use bone conductivity,” says Boddington. “And I believe we’ll see more adornments that link to our skeletons.” The same goes for implants. Common in medicine, they are on course to enter the consumer realm. “In the next ten to 15 years we could see pinhead implants in the base of your thumb that open doors. To access bank accounts, there could be a convergence of PIN codes, iris scans, fingerprints and implants.”

“Robots will become as normal as friends.”
It seems that humans are repulsed by things that seem almost human, but aren’t quite. It’s a concept known as the “uncanny valley” (named after a deep dip in the graph representing our comfort levels). Robot makers have grappled with this for years, but now we’re starting to feel more comfortable with almost-human interactions.

Robot expert Adrian Cheok believes we will overcome our fear. “On a basic level we’re used to AI, for instance, talking to Siri on our iPhone. But robots will have to become more humanoid because our world is built for human forms.” In Japan, robots are in use in care homes and are successfully becoming liked, even loved, by humans. “We are not logical machines because we have a subconscious. Eventually, our natural empathy for living creatures will extend to robots. More and more, we will live with them in our homes – robots will become as normal as friends.”

Taking our jobs…
Will robots take our jobs? In short, yes. Sort of. “Roles that require the least intelligence will be automated, but we’ve seen this before in the industrial revolution, and even after the invention of the internet. It will mean humans find better, more creative things to do.”

Creativity is key even in the short term, agrees Boddington. “Where we currently have STEM subjects (Science, Technology, Engineering, Mathematics), I’d add an A for Arts,” she explains. In the male-dominated tech industry, there are gaps in the diversity of user experience. “There needs to be a much bigger role for creativity. For instance, a fitness band may look gorgeous but if it rubs, that’s a design fault. Jewellery designers would know that stuff.” Boddington is also a big advocate of preparing now for the future. “Coding isn’t going away. Everyone should learn the basics. Maybe you’ll love it – but even if you don’t, it gives you confidence. The more women we have in the industry, the more balanced it will be.”