The sense of smell is the next frontier for smartphones. 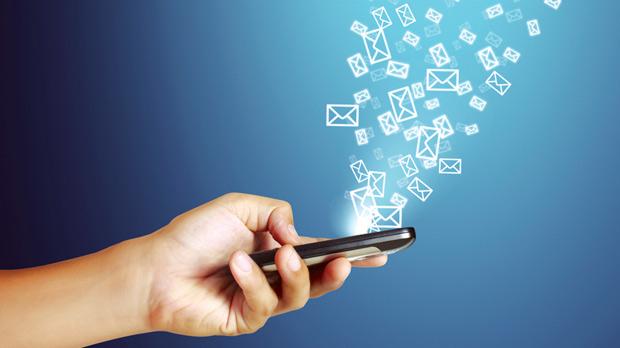 One of technology’s modern truisms is that if you can imagine it, there’s an app for it. Do you want to book a table for dinner, spy on your neighbour, fool your colleagues into thinking that you’re busy working when in fact you’re taking a nap (iNap@Work), check if a watermelon is actually ripe by analysing the sound it makes (Melon Meter), and pop a virtual pimple? Yes, there’s an app for all that and more.

It is this sheer availability of apps that has transformed phones from a device for calling and sending messages into a tool that can help you do anything you want, and then some more.

There’s just one sense which no app has managed to captureyet: smell.

As the humblest of senses, smell is frequently underrated. And yet, without smell, food would taste different because while taste can distinguish between sweet, salty, sour, bitter and savoury, it is the interaction between taste and smell which cooks up the real flavour of food. Without smell, you wouldn’t enjoy the dark pleasure of a freshly brewed early morning coffee. And no wardrobe is complete without a quick dash of perfume behind the ears.

Smell is the next frontier for smartphones. And we’re getting there. In 2013, chef Ferran Adria hosted a webcast in which he invited academics and developers to submit proposals to help him create an online gastronomic resource: Bullipedia. One of the shortlisted proposals, put together by Professor Adrian Cheok, founder and director of Singapore’s Mixed Reality Lab, has now been commercially developed by Japanese firm ChatPerf into Scentee.

Working in conjunction with a dedicated app, Scentee is a module that can be slotted into a smartphone’s headphone jack. The module then emits scentson command.

It’s still early days for Scentee. However, it carries huge potential, especially for marketing and gaming purposes. In the US, bacon company Oscar Meyer has come up with an alarm clock which, when attached to your smartphone, wakes you up with the smell of sizzling bacon. How’s that for a good morning? And even though Scentee might have failed to win favour with Ferran Adria, another Michelin-starred restaurant, Mugaritz in San Sebastian, Spain, is using the app as a pre-dinner treat for customers.

The Scentee code has also been released, which means that developers can write their own scent-based apps. The Parisian design centre Le Laboratoire is also developing its own smell device: the oPhone. The device, which will be available this spring, is a phone that emits various smells to music and at the time of its release, will be able to emit 300,000 unique smells. This means that, for instance, instead of traditional messages, friends with oPhones can send each other smells: just imagine waking up your wife with the smell of coffee or sending a rose-scented message to a date.

Smell-centred communication has other potential applications. Digital olfaction can fuel healthcare applications: researchers are studying the possibility of using an e-nose to deliver early diagnosis of cancer through chemicals in the blood. Smelling devices can also be used as a cognitive aid for Alzheimer’s sufferers and to detect chemical offgassing from hidden weapons.

Before you rush off to compose a smell to send to your friend, remember that smell-centred communication is still in its early stages. But give it a couple of years and sending and receiving smells could be as normal as transmitting sight and sound.