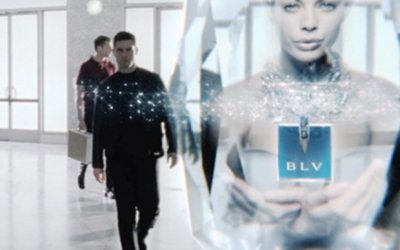 AS 2014 draws to a close, we’re all starting to think about what 2015 will bring. Will the economy soar or slump? Will we have an inconclusive general election? Will oil prices sag even further downwards?

At Nesta, each year we try to pinpoint the biggest social and technological trends that could shape our lives over the coming year. We’ve been doing it since 2011, and our forecasts tend to hit the mark. In 2012, we accurately predicted the take-off of Raspberry Pi (a credit card-sized computer), 3D printing and crowdfunding. Last year, we predicted everything from the rise of virtual reality head-set Oculus Rift to the battle over personal data. The world is gloriously unpredictable, of course, but we hope these projections help make sense of the deeper currents of change lying behind the headlines.

This year, we’re focusing on 10 big areas of change. Some affect life and death, like the arrival of the first apps that can locate members of the public with first aid skills, and get them to the scene of an emergency ahead of ambulances. For people suffering a heart attack, the minutes gained could make all the difference.

Other predictions concern fun. A good example is the arrival of smellovision. In 2015, technology will make it possible to transmit scents through your smartphone. This year, scientists in the UK, US and Japan unveiled devices which can electronically simulate smells, providing a direct route to the limbic system of the brain, the part responsible for memory and provoking emotion. The leading device in the area is a smartphone attachment called Scentee, which can release smells like a puff of coffee to wake you up in the morning.

A third group of predictions will make many feel queasy. We expect to see the arrival of Minority Report-style billboards, broadcasting tailored advertising based on data from your GPS-enabled phone. Advertisers are always looking for novel ways to influence, and with a global spend of more than $500bn, the industry is keen to get results. We’ll see new billboard technology debut in major cities by the end of the year, but long-term success will depend on consumers’ continued willingness to give away personal data, as well as on advertisers’ ability to keep content respectful and relevant.

Politics is another area where surprising changes may be imminent. We know there will be an election in May, and newer parties like Ukip are likely to do well. We don’t forecast the result, but we do predict that the UK will soon see the arrival of new parties, very different to the old ones, which use the internet to shape policy and involve members. Many have sprung up across the world. Podemos in Spain now leads opinion polls, while Five Star in Italy has mass support. We think the UK will follow suit, with new parties using social media to recruit and campaign.

A final area of prediction concerns waste. This Christmas, we’ll all eat (and probably throw away) a lot of food. We predict long overdue progress in tackling the extraordinary amount of wasted food: according to some estimates, around 15m tonnes are discarded each year in the UK. Part of the answer may come from the “gleaning” networks springing up, which divert food from unnecessarily going into bins and put it into people’s mouths instead.

Geoff Mulgan is chief executive of Nesta, the UK’s innovation foundation. You can read Nesta’s ten predictions for 2015 at www.nesta.org.uk/2015-predictions