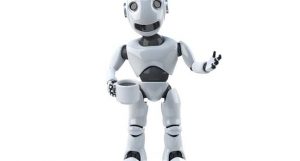 The possibility of sex robots over-exerting their human lovers to the point of collapse is just one of the ethical conundrums academics and society need to get their head round, a Swiss academic told a conference on sex robots today.

Oliver Bendel, of the University of Applied Sciences and Arts, Northwestern Switzerland, told the Love and Sex and Robots Conference at Goldsmith’s University, that the full range of machine ethics questions can – and should – be applied to sex robots.

Machine ethics sees machines – whether self-driving cars, chatbots, military drones, and presumably, your basic pleasure model – as potential moral agents in their own right, he said.

This raised the question of whether sex robots should have moral skills, in addition to their other more tangible skills, and “if so, which ones?” If they did, he continued, should these be simple “duty ethics” or should they also be mindful of the consequences of their decisions. Could robots enter into contracts?

These included whether sex robots should be able to “entice” users. This is not just a question or applying some hair gel and a happy-go-lucky expression. Just imagine all the wiles of Google, or mobile games makers, applied to enticing you to keep pressing that button…or whatever.

Another key issue, he said, was whether robots should have the capability of “refusal” in “extreme” circumstance. Similarly, he continued, should robots be compelled to reveal they are, indeed, robots.

Other, arguably less elevated questions, included whether the sex robot should be “available” to a human at all times – something unlikely with most human lovers. At the same time, he asked, how should issues of shame on the part of the human partner be considered – and indeed where would the use of sex robots be considered unacceptable.

The proliferation of sex-robots – presumably able to incorporate data and feedback to constantly up their game – could have a physical effect on their human lovers, and beyond, he warned.

Human sexuality has certain “physical limits” he said, particularly in the male of the species. Robots, on the other hand, were potentially tireless. This could have a knock-on effect for a robot’s human partner, and indeed the partner’s partner. “If the machine over-exerts the human, it reduces the possibility of human sex,” Bendel warned.

Beyond that, Bendel said, what about the effect on those who are supplanted by dedicated machines, or those who are unable to afford such gadgets.

Even the most dedicated researcher will need a break from grappling with them from time to time. Indeed, Bendel revealed that his most recent project was a ladybird-friendly vacuum cleaner. The device will clean your floors, but if it detects ladybirds and other little critters, it will stop and shoo them away to safety. However, he added, the team had included a kill button for arachnophobes. ®