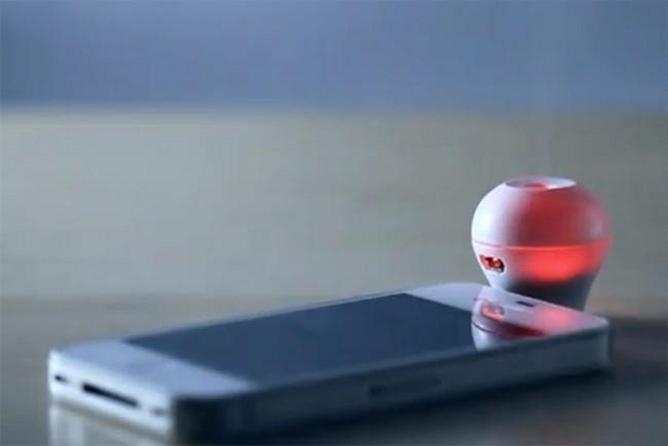 Chef Andoni Luis Aduriz at the Mugaritz restaurant is working on a new digital app that lets users recreate one of the restaurant’s dishes on their screen before a device attached to the bottom of the phone kicks out the actual smell of the dish.

The device, called Scentee, is created by a Japanese company and it’s this technology that ProfessorAdrian Cheok from the City University in London harnessed while working with Chef Aduriz.

Scentee is basically a small tank that sits on the bottom of the phone. It’s controlled by an application and once triggered it emits a puff of odor. The idea is that you could one day send someone the scent of a coffee, great wine, or in the case of Mugaritz, actually smell a dish before you taste it.

Cheok says: “The Digital Food app opens up new vistas for people around the world who may not have had the opportunity to physically dine in the restaurant to virtually experience the real smell of gourmet food prepared by one of the world’s top restaurants and chefs. The revolutionary new device brings the sense of smell to mobile phone communications.” 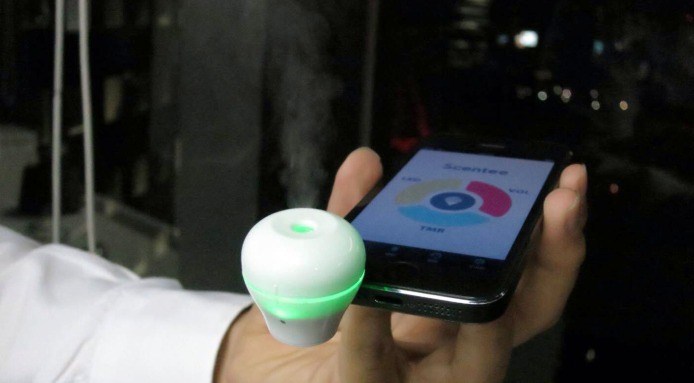 The Scentee device was shown this week at Madrid Fusion, it can be ordered online but it’s hard to find an English or American seller – at the moment the Japanese arm of Amazon stock the devices for ￥3,654 ($35) and the cartridges at ￥525 ($5).The app can be downloaded for iPhone and Android and the technology really is paving the way for a future of Scentagram style social media apps, supermarkets that let you smell the meals you’re buying and restaurants that trick diners by offering mixed scents and tastes at the table.

Cheok says the early future of the device will be driven by the adoption of private companies. He also notes that it could have wider applications away from the food and drink world, offering real medical benefits, saying that people with smell and taste disabilities could benefit from the technology: “Their experience of the world could be enhanced using technology. It could also be used by using familiar smells to trigger memories for elderly patients, reminding them to do things such as take their medication.”