SEX has never been so dangerous as sexbots could kill their human partners because they will be so good in bed, a researcher claimed.

WARNING: Making love to a sex robot could kill their human partners as they will be so good
Robot lovers could be “better in bed than humans” as they will know exactly what their lovers want, Professor Snell, of Kirkwood college, in the US, said.

Sex robots – who will offer blokes a different kind of sex – could “surpass” human technique and essentially be tireless, he added in “The impacts of robotics sex”. 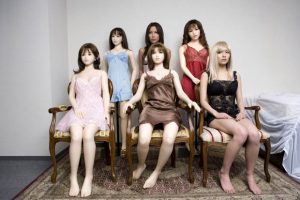 CRAZY: Robot lovers could be ‘better in bed than humans’
But the love machines could “over-exert” real people because fellas have “physical limits”, one expert warned.

“Robot lovers could be ‘better in bed than humans’”

Oliver Bendel told the Love & Sex with Robots conference at Goldsmiths University in London: “If the machine over-exerts the human, it reduces the possibility of human sex.

“Who is liable for injuries?”

But this is a legal question, the machine ethics researcher of the University of Applied Sciences and Arts in Switzerland explained. 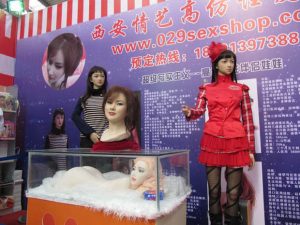 CAREFUL: Experts warn the love machines could ‘over-exert’ people as we have ‘physical limits’
He did not come to a conclusion of who could be held responsible.

Daily Star Online is not aware of anyone who has been harmed by a sex robot or any research that suggests people could be hurt by one.