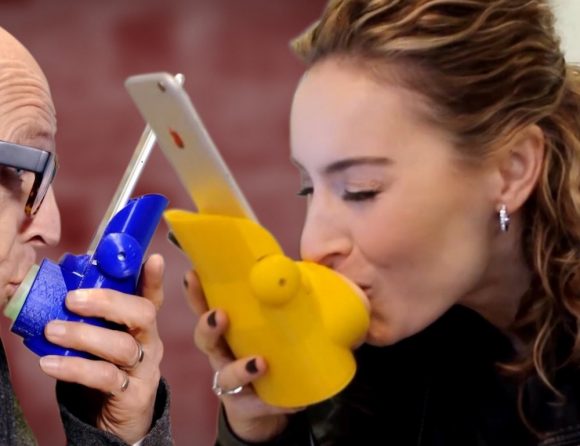 Computer expert Adrian David Cheok has created the Kissenger prototype, an invention that will allow long-distance kissing, according to the BBC .

According to Cheok, who heads the Imagineering Institute in Nusajaya Johor , Malaysia, while the initial idea was a device to connect families, “the greatest interest comes from couples” living separately.

“The initial prototype was born in 2003 and after several tests, in 2015, they reached the current design, consisting of a phone casing that connects to the audio jack of the iPhone, iPod or iPad,” he explained.

The creator said that the application will only be available for devices that have the iOS operating system and although the device is in its prototype phase, it is expected that by the end of the year will hit the market.

Kissenger comes from the combination of ‘Kiss’ (kiss) and ‘ssenger’ (short for messenger).

For affective communication to take place, the two participants must have the device and download the application.

The phone is inserted into the holder which contains a silicone area with high precision force sensors capable of measuring the force exerted by the lips during the kiss.

Then, through the application, the device sends this data in real time to the recipient’s device.

(With information from Prensa Latina)