The conference theme was “Intelligent Robotics in the Next Transition” The theme of IROS 2010 was chosen such that the conference would continue reflect the ever increasing interest in interactions, co-works, and co-existence of robots with human, cognitive robotics and other forms of intelligent machines and systems, with the goal for improving the better quality of human life.

IROS 2010 had 1798 papers submitted from more than 50 countries.  828 papers were accepted for oral presentation and 144 for interactive discussions.

Some of the interesting slides: 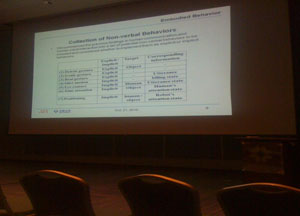 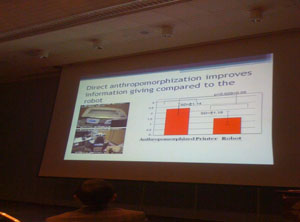 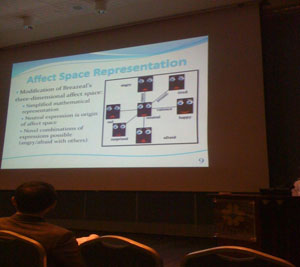 For this one they use color projection beside vision 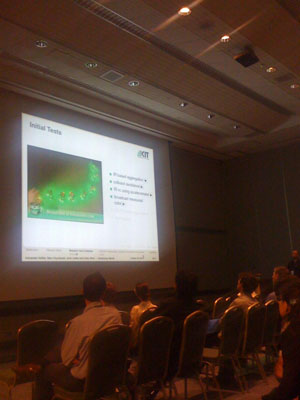 Using wizard of OZ for evaluation

In conjunction with IROS2010 Conference, 2010 Taipei International Robot Exhibition and Robot Competitions will be taken place at the same venue. 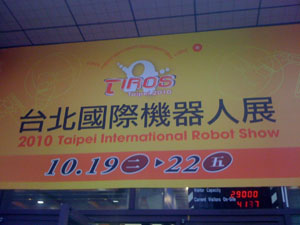 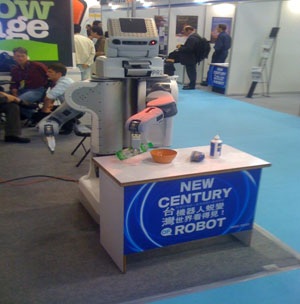 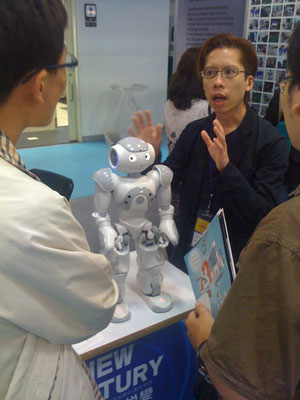 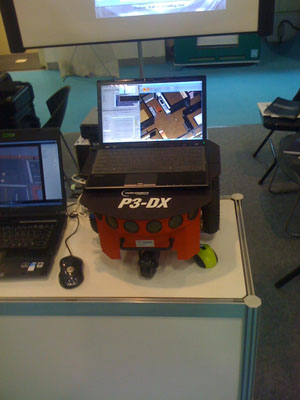 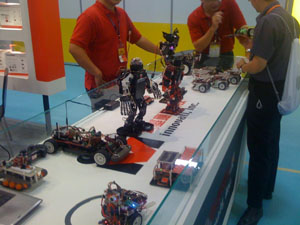 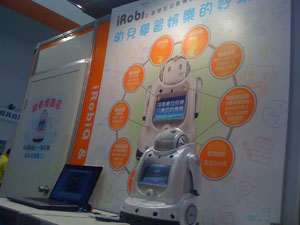 Taiwanese company tried to use this robot for education in kindergartens 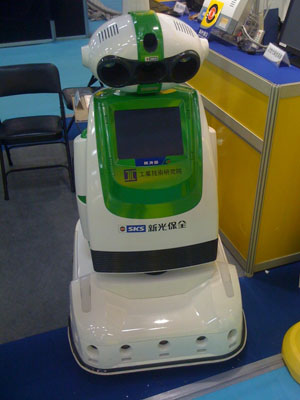 I presented the paper: Probability of love between human and robots. I had several discussions regarding my paper in the conference with different people.   I received many positive feedbacks regarding Lovotics in the conference. Most of them like our approach that applying psychology of love into artificial intelligence and see bright future for our work and find our work practically usable in robots. Many humanoid robot researches see the possibility of employing our algorithms for humanoid robots or other types of robots. It is very exciting experience. The only few negative feedbacks that I have received was either about confusing Lovotics with sex robot and another person who was worry that love is very sensitive subject which was clear for them after conversation.

Few common questions that I’ve been asked about:

Q. How did you design the robot?

A: I referred them to our HRPR paper

Q: Where did you find the parameters for the middle layer of the Bayesian network?

A: from psychological studies.

A: It is and it is complex and critical!

Q: Do you think that your developed algorithms can be applied to humanoid robots?

A: Yes and few other humanoid researchers in the conference approved that.