The Keio-NUS CUTE Center had the honor of presenting the project “AmbiKraf – Breathing life into textiles” at this year’s Ars Electronica 2010 festival from 2nd to the 11th of September 2010. The theme of this year’s festival was “repair” which focused on innovative solutions towards many of societal issues. This year the festival was dispersed over few key locations in the city with bulk of the installations being at the Tabakfabrik of Linz. Tabakfabrik is an old tobacco factory that was set up in 1850 for the manufacture of cigars and pipes. After its constant growth throughout the years that expanded its workforce to approximately 1000 people, the factory ceased its operations in 2009. The city of Linz recently acquired the Tabakfabrik again is currently being assessed for its future options of use. 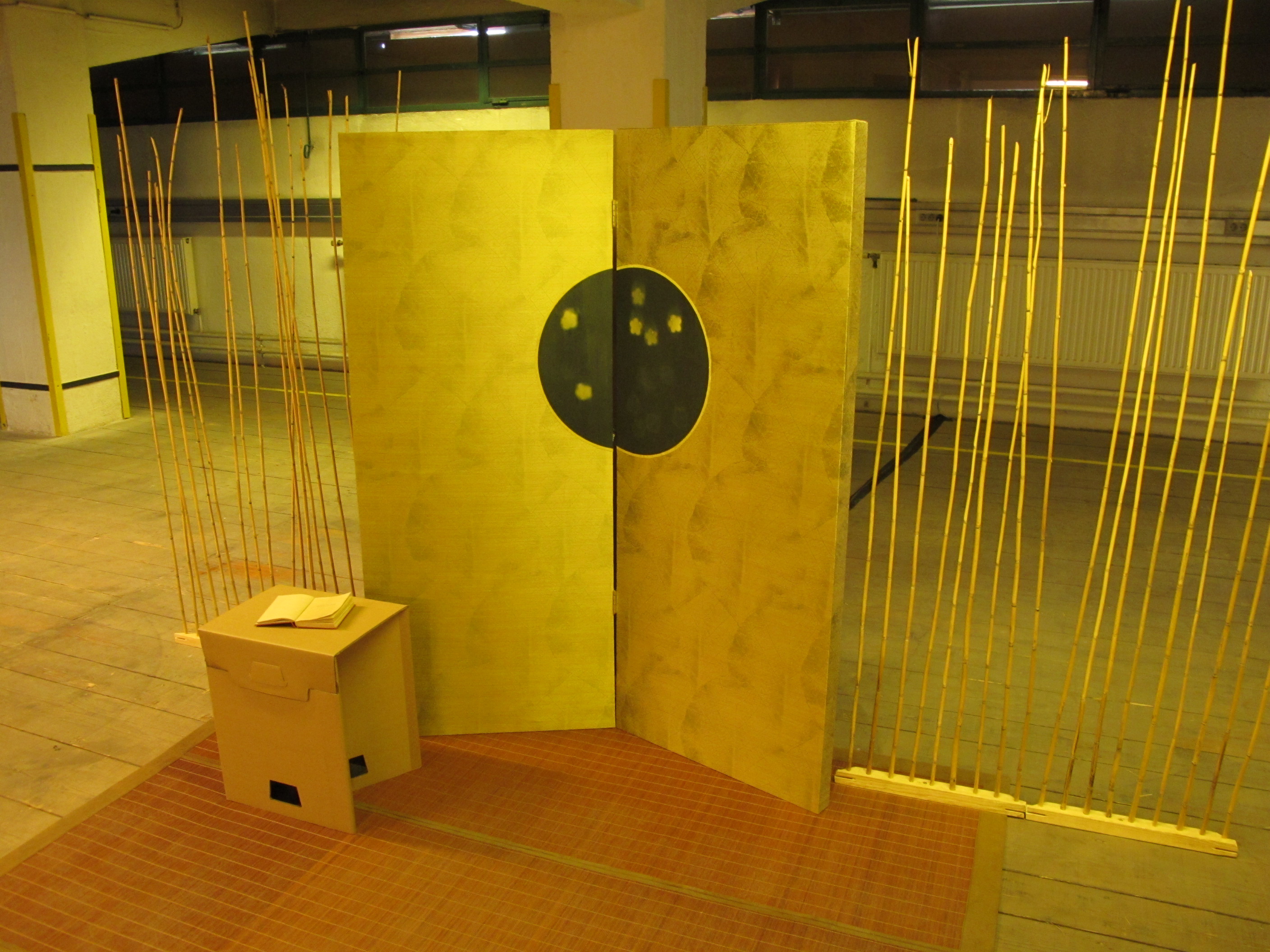 We presented “AmbiKraf – Breathing life into textiles” as an installation in the ‘Future Factory’ category. Here we presented an interactive byobu screen. In this installation we had a custom made byobu screen that animated flowers appearing and disappearing in a very subtle manner. With AmbiKraf we showcased how the future technology can ‘repair’ the traditional arts and crafts of textiles by merging those age old traditions with the future technology. The installation was well received for its efforts of bringing back these old traditions in a suitable manner for the contemporary society. In addition, Mili Tharakan, a Research Fellow of the CUTE Center in Singapore delivered a talk based on the theme of AmbiKraf at the “Future Factory Talks” session.

This year’s festival also featured some of the other key works such as “Oribotics” by Matthew Gardiner, the “HONDA ASIMO”, “Telenoid” by Hiroshi Ishiguro – a key figure in the android robotics field, etc.