On July 7th we were invited by Elias Constantopedos, the Chief Music Technologist of CORD, a brand consulting firm based in London, to attend a retail workshop entitled “The Big Shopping Pop-up.” We showed Scentee to conference attendees comprised of marketing directors, product managers, and new media technologists representing many international brands. The conference was situated on the HMS President ship docked at Victoria Embankment in Central London. Incidentally, it was located right by the Tour de France passing point which we got a cool glimpse of. 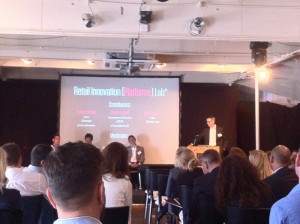 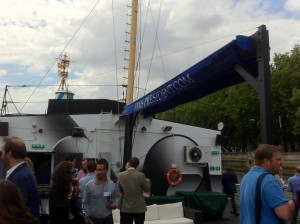 The day was full of informative talks and “labs” which were panel discussions given by guest speakers from affluent companies like Unilever and Microsoft. They spoke of their imagined future of the retail experience and how technology will impact the retail space and influence customer choices in stores. They also gave criticism of some technologies like augmented reality, and praise of others, such as radio-frequency identification. Some companies like CORD even gave demos of their own technology to much fanfare.

After the discussions there were drinks and hors d’oeuvres, and we showed Scentee to some brand managers, many of who were intrigued and fascinated with it, describing it as kind of cool gadget. Ultimately for Scentee, we can see it used in a retail environment as a kind of sensory branding, however, it will be necessary to build some use case scenarios in order for people to “get” its potential for brand building.  We spoke with other CORD employees and they shared their feedback on how it would be used in this manner. We thank CORD for the invitation and for the wonderful experience aboard the HMS President! 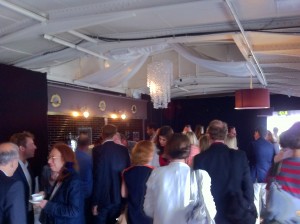 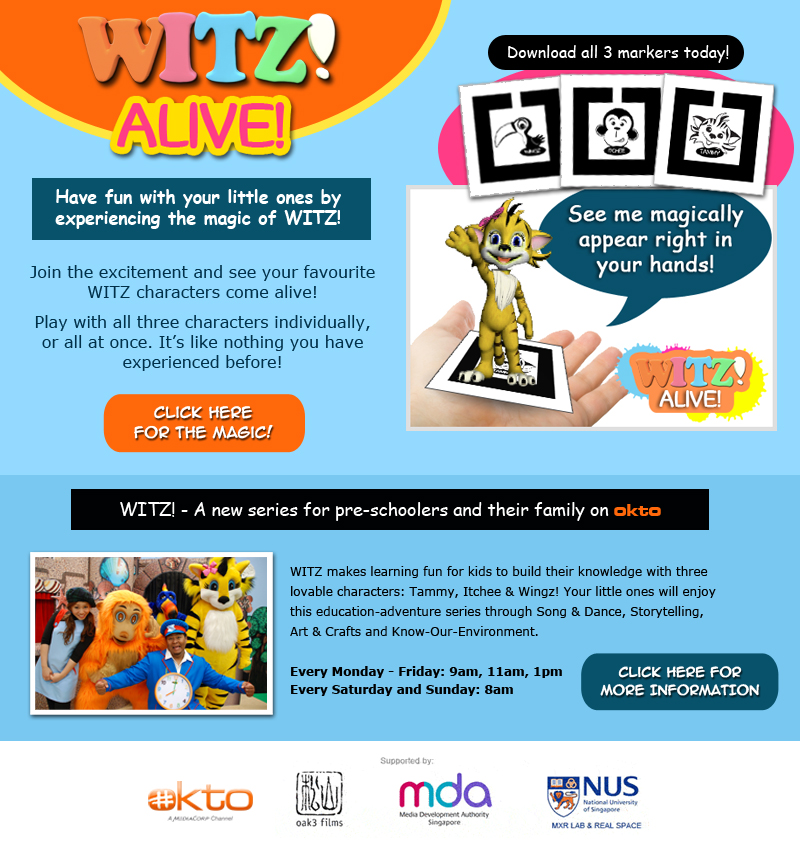 Witz Alive is a preschool show for children from 3 – 6 years old based on three characters, the tiger (TAMMY), the monkey (ITCHEE), and the bird (WINGZ). Augmented reality application, WITZ Alive AR, is jointly developed by CUTE Center, NUS and Real Space pvt. LTD to provide an added interactive experience for children. We believe that this will enhance their experience outside the television box, where they can immerse themselves in the exciting AR technology by seeing their favorite WITZ characters come to life. 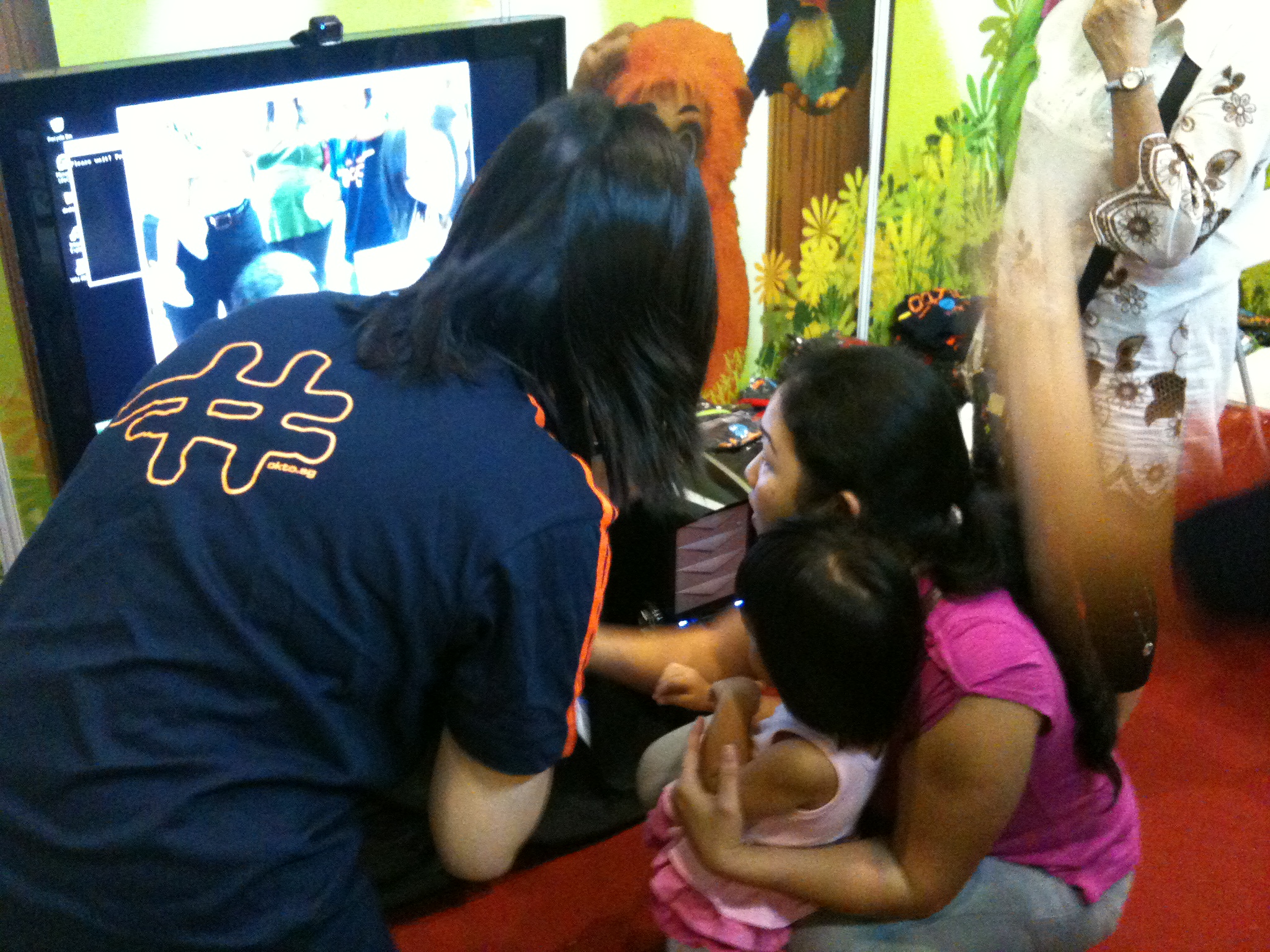 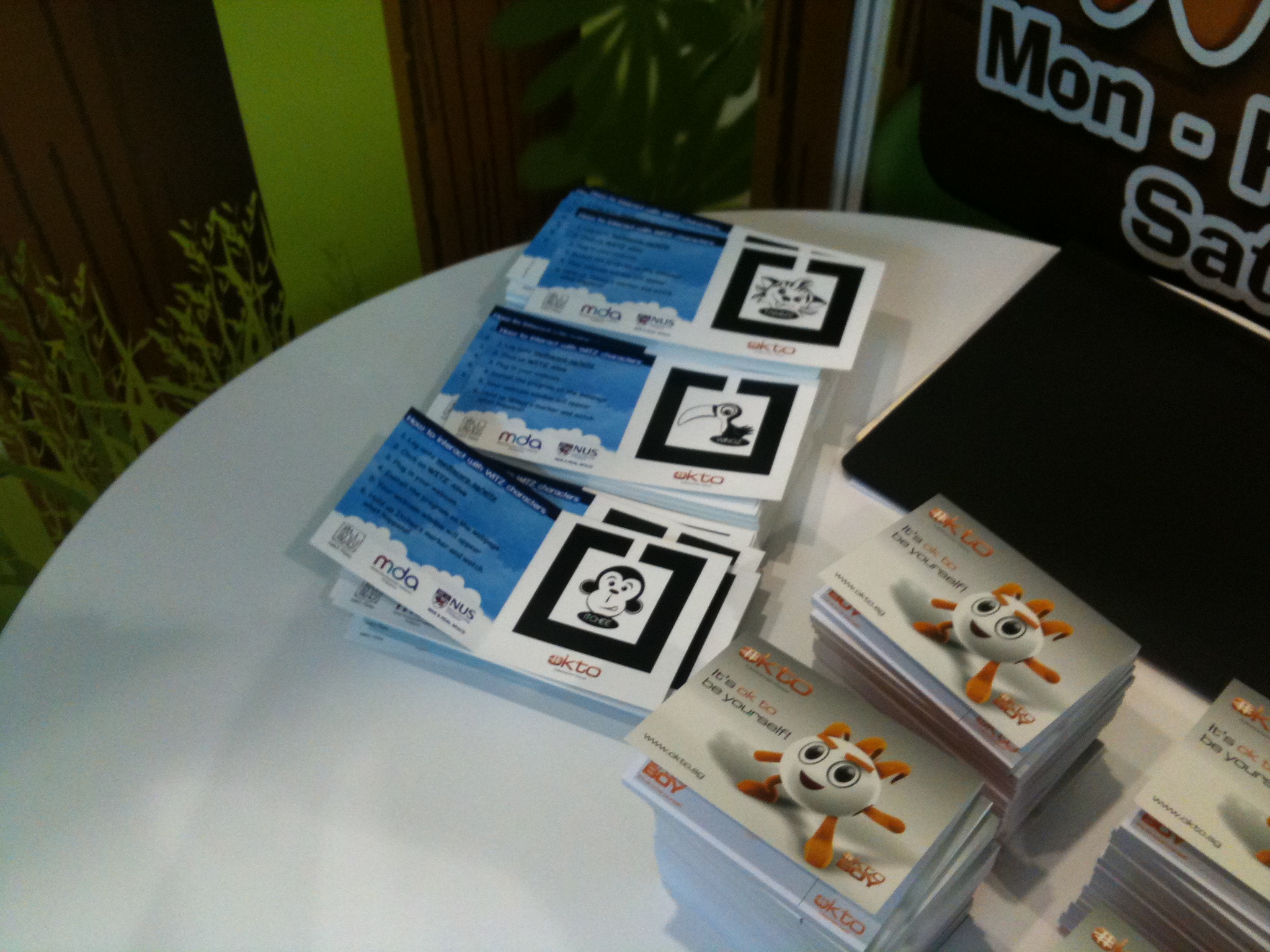 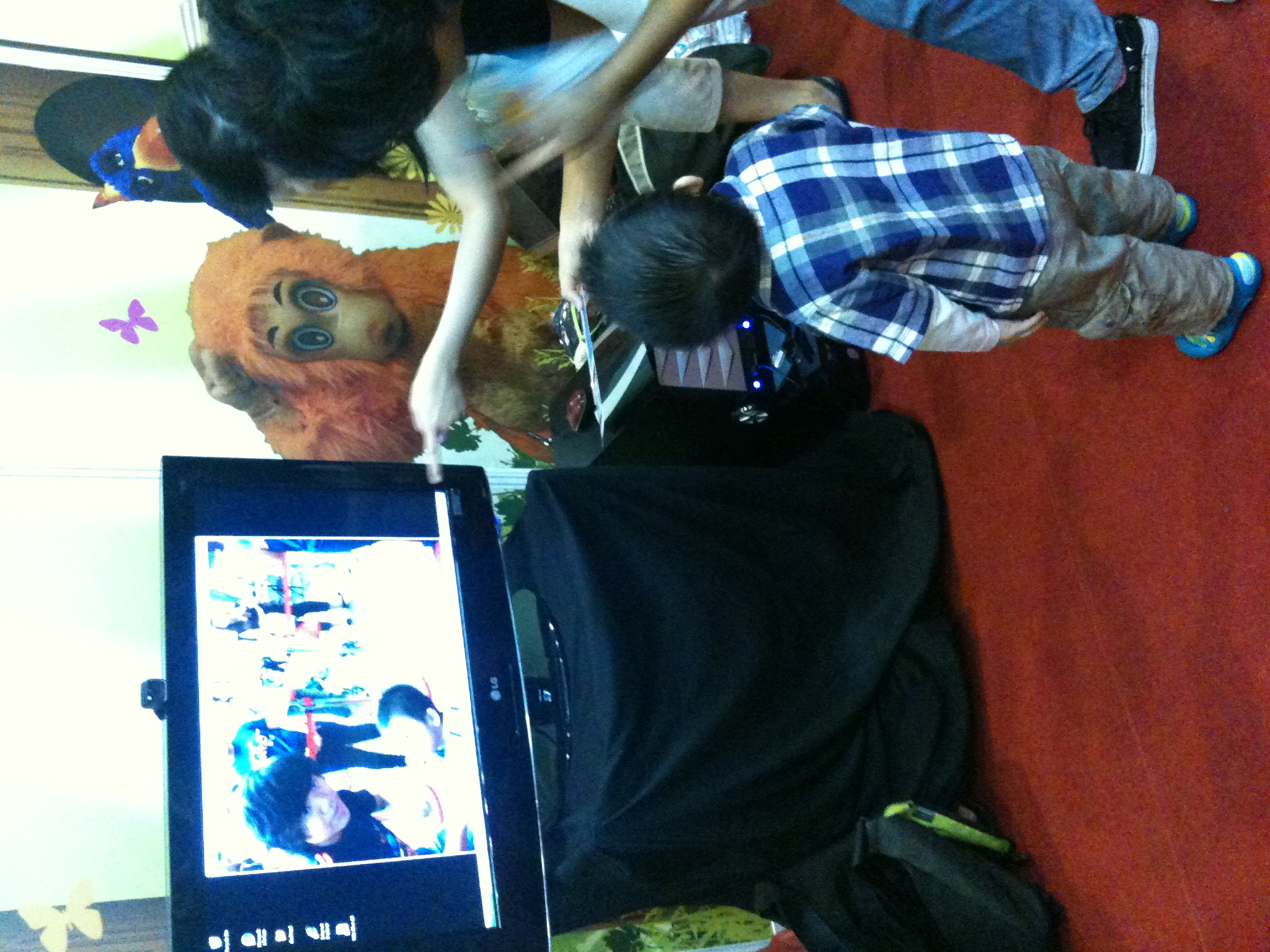 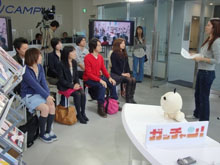 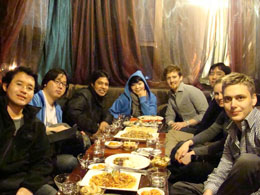 The Young Investigator’s Forum on Culture Technology (YoungCT) is an annual event bringing together leading young scholars, industry executives and great mentors of our time. ‘Culture Technology’ covers a wide range of research areas on digital media and related technologies, which are gaining ever-increasing significance in every corner of our surroundings and culture. As a unique workshop that invites advanced graduate students (or those with equivalent credentials) around the world, the forum aims to facilitate discussion on Culture Technology among young researchers. Furthermore, YoungCT will provide you an opportunity to visit Korea and to celebrate diverse cultures. This time the theme for the event was “Engaging Culture and Technology”. The mixed reality lab PhD scholars Nimesha Ranasinghe and Eng tat Khoo presented their research works “Poetry Mash-up” and “Confucius Computer” respectively in young CT 2009.