BlogWall is a solution of blending the elegance of traditional poetry making process into modern communication dominated by SMS, POST-IT, micro-blogging that has resulted in fleeting and transient relationships. Our project provides such a platform to transform the users into the state of being a poet simply by sending a text message. The application enables a person not only to express herself artistically but also to broadcast one’s expression to the general public through tangible projection screen. It extends the SMS to a new level of self-expression and social communication. The user stands in front of the system and sends a SMS to the given mobile number in order to create the poetry. It gives both the audience and the author the moment of awe in response to creation in real time. The application has another mode of communication known as polling mode which enables it to gather data from the public. In the poetry mode a poem will be created with the means of the user SMS.

The system was implemented to generate new poems by mixing existing poem lines according to the users input. The system maintains a list of words and qualifiers that influence the emotional state of the lines or messages. Based on the Russell Dimensions, the line is assigned numerical values based on the emotional weight along two axes. The system searches for the occurrence of these words in the message to craft the final output. The initial idea of BlogWall was inspired by the famous Japanese poetry named as “Haiku”. This version of BlogWall is installed in the iSpace at Singapore Science center at the moment. 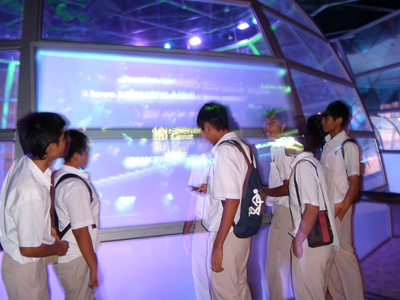 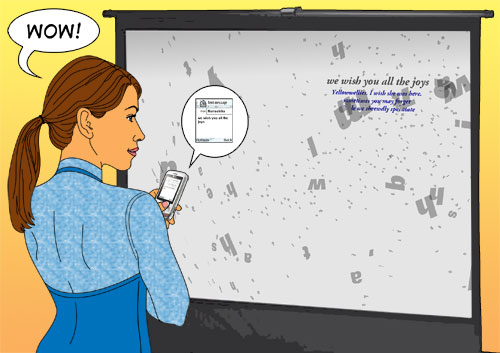 The second version of this system is named as Poetry Mix-up uses three steps to shortlist discrete sets of poem lines from a database of existing poem lines to shape a single coherent poem. The algorithm consists with a WSD layer, topic modeling layer, and a genetic algorithm based selection process. Furthermore, the message filter consists of SMS ‘slang to English’ converter and ‘swear word’ blocker. The slang to English converter filters the messages and get the most out of the input message while the swear word blocker blocks the respective phone number for a constant time if any inappropriate word is sent to the system. The new version of the system will setup at the Kent Ridge MRT station.

Preliminary results of the algorithm are very encouraging, and definite qualitative. People find the system entertaining, and are curious to experiment. The output of the system generally appealed to the user. In addition to the available features, captivating possibilities can be provided to the users to pick genre types and authors for the poem. Examples could include a Shakespearean poetry generator” or Limerick generator”. This could increase the appeal of the application, and potentially increase the effectiveness of coming up with a poem that is relevant and entertaining. It could also have a layer that checks for rhyme and rhythm aspects of the poem in the genetic algorithm section.