dDNA is a new form of living media which is used to communicate humanistic or organic information in the form of ambient media. In the fast pace modern world, people are usually too busy to monitor various significant social or human aspects of their lives, such as their time spending with family, their overall health, and their drinking or smoking habits. By quantifying such information digitally, information is then coupled into living organisms. Through the use of color changingcharacteristic of living organisms, we can set the color of living organisms according to the data and the information updated almost real time. Firstly, we studied on E.coli which has the ability of glowing after inserting glowing jellyfish DNA. 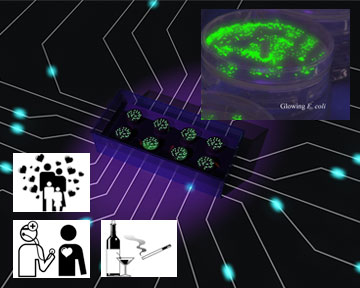 The system based on this special characteristic of E. coli can be developed in order to reflect various events in society and human’s life. Below are the pictures of developed systems which will in turn give us more details about the project. 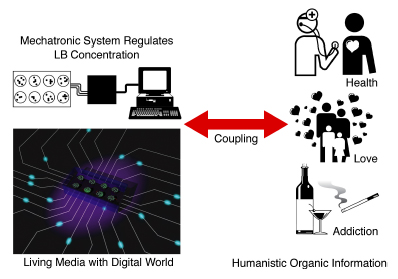 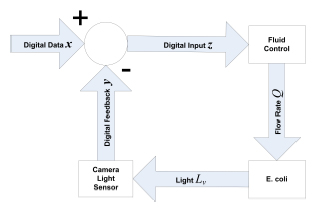 The applications of such systems are quite a lot in our community nowadays. For example:

+ Family Relations: Colors or the amount of glow from the growth of the bacteria can be used to represent the interaction between the observer and the targeted subject. The growth of E.coli is controlled by the amount of interaction between the two parties. For example, in figure shown, the observer tends to have more interaction with the grandfather and hence, a more positive response is shown in a form of a brighter and more cheerful color. Where else, for parties that have lesser interaction, the system will depict a gloomy color. The color codes can differ from the amount of email exchanged, phone calls made, SMSes, instant messages received or the time interval between each interaction. From the displays of colors, the observer can then make decisive or corrective action to improve the relationship between the two parties. 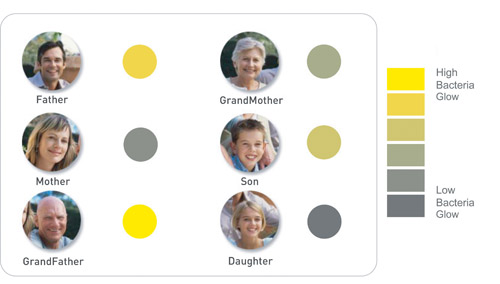 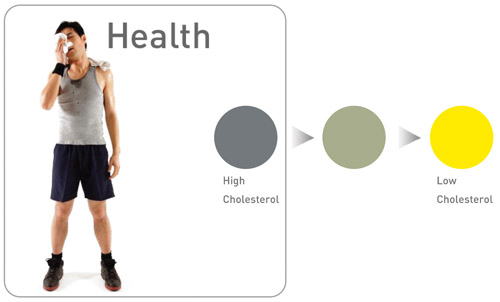 An extension of the project would be to explore using plants instead of bacteria as living media. Researchers show that red cabbage can change its colors due to the change in pH level. 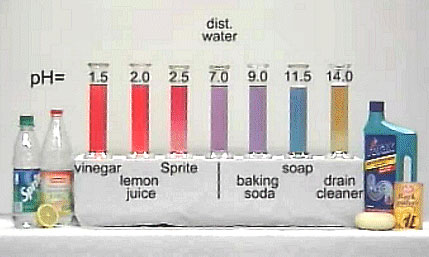 The systems which inject some liquids into the red cabbage to change its colors with respect to the alteration in inputs are being built. The inputs are taken from the email, msn and google talk, which indicate the frequency that a person interacts with his/her family. The simplified system also can be modeled like in E. coli case (image 3).

Images and documents for dDNA:
http://www.twango.com/channel/mxrlab.ddna