Dito-Dito is a novel finger based interaction system that utilizes high fidelity tracking and haptic feedback systems to merge rich cultural aspects with digital media and social communication. We identifying the significance of finger interaction through the study of rich cultures, entertainment and social interaction forms.

With the importance of the full movement of the finger in these cultures and traditions, Dito-Dito provides ample space for the finger movement and tracks in high fidelity using two perpendicular arrays of high resolution optical sensors which track the finger posture and motion to in a 3D space. With such accuracy, the full use of the finger is utilized for a complete and rich interaction with cultural and entertainment scenarios. In addition, four linear actuators are actuated based upon haptic cues recieved by the game scenarios. These four actuators are capable of issuing a 2 bit haptic soft touch to the finger triggering individually.

Dito-Dito creates a platform for a wide range of social, cultural and entertainment scenarios including story telling, traditional dances, games, and other forms of expression. As an example, by using the finger for a new kind of replicate a “fingershake” through a series of visual and haptic cues, Dito-Dito the promts the user to touch glasses in a virtual cocktail party. This adds amusement and excitement in making friends as a new kind of digitally mediated social interaction. As a scenario of cultural experience, we present the users an entertaining and collaborative cultural shadow puppettry theatre where each of the users becomes a character of an ancient cultural story. This allows the young generation to deeply immerse in the traditional culture by a novel means of a finger interface experience. 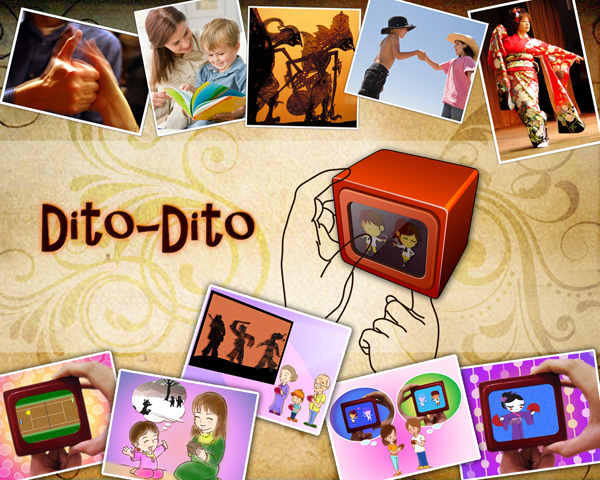 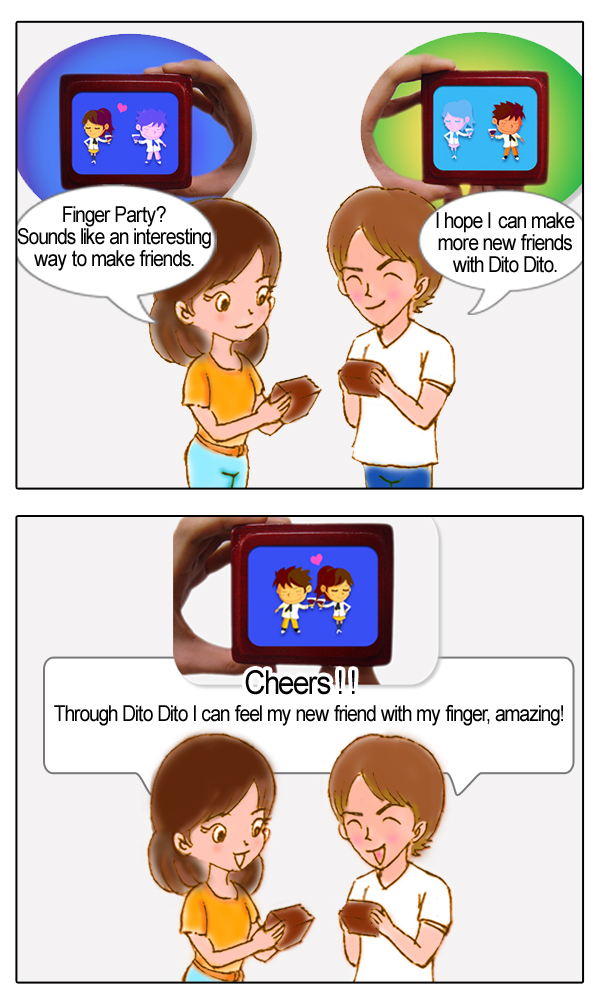 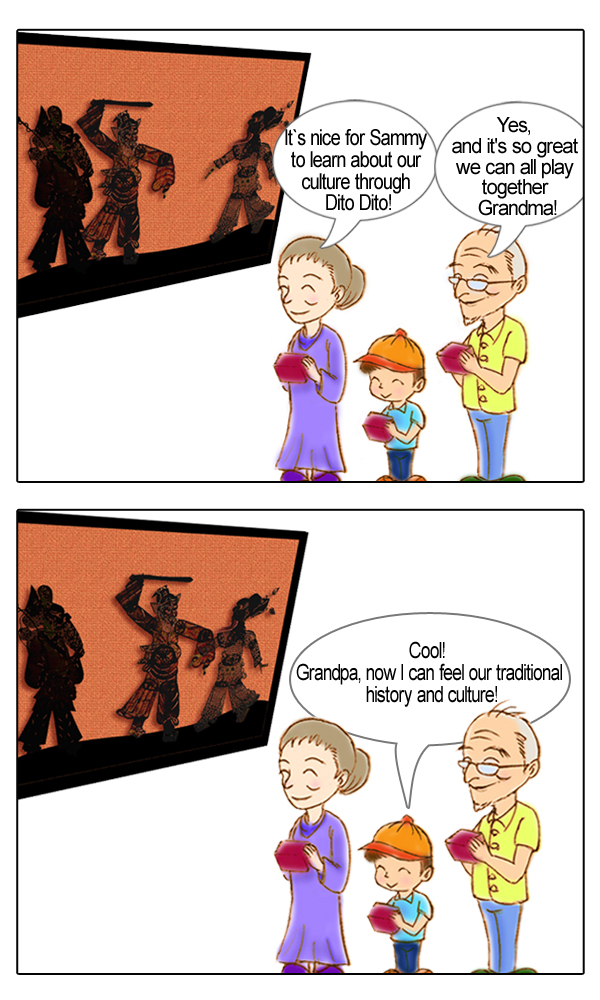