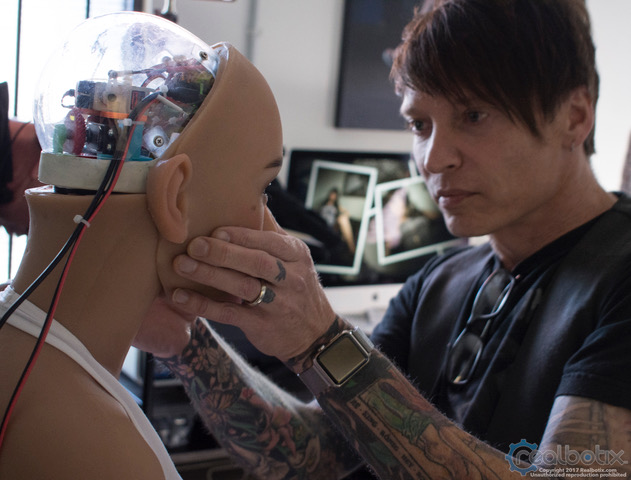 LSR 2018 at University of Montana, USA, is extremely thrilled to announce Keynote Speaker of Matt McMullen, CEO of Realbotix talking about Artificial Intelligence, Robotics, and Intimacy: A new Alternative form of relationship
Matt McMullen, CEO of Realbotix, is the artist and design director for the company, and brought the core Realbotix team together. He started Abyss Creations, the manufacturer of Realdoll, out of his garage in 1997. For the past 20 years he has been creating the “The World’s Finest Love Dolls”, as well as undertaking multiple custom projects along the way. McMullen’s dolls have popped up on more than 20 television shows and also co-starred in 10 films. Now, he focuses on integrating cutting edge technology with silicone doll artistry and believes that AI driven robots can become companions and partners to human beings, and can connect with us in ways that are often overlooked when considering these technologies.