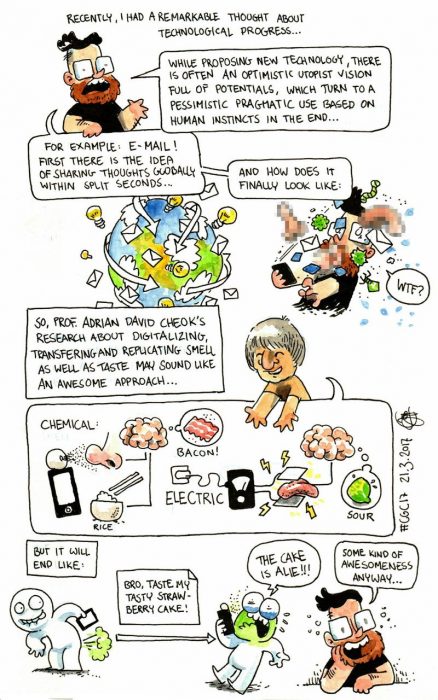 Design in its different appearances such as for objects, services, environments etc. has potential to influence human behaviour and could create desirable as well as undesirable change. Design has long history in its intentions to act upon positive changes in human perception and lifestyle. Hence, Designing for Behavioural Change can be perceived through early understanding of behavior where person’s behaviour is reflection of his or her own personality, or other ‘internal’ factors and the physical and social environment.

Design for Behaviour Change as an approach is already accepted in several key areas such as ecology, safety, health, and well-being as well as widely adopted in social design. This project explores potentials of interactive media technology, public spaces and interaction media art and design as potential drivers for behaviour changes and social innovations. For this purpose, we developed interactive installations InnerBody and Before and Beyond that aims to provoke behaviour change and design aesthetic and emotional users’ experience, by allowing them to “escape the limitations of existing structures of meaning and expectation within a given practice”. Throughout this projects, we are proposing usage of Interactive Media Art & Design as part of design method capable of transforming public space into the environment for user behavioural change and lead to sustainable design choice for future development of living environments.

Project Meeting Points is conceptualize as set of philosophical discussions between two robots . In its first appearance, conceptual pillars for the discussions are philosophical stand points of Aristotle and Nietzsche considering various topics. We used several criteria to select them for our first Meeting Points; importance of the historical periods they were belonging as leading thinkers of their time, improbability to compare their opinions about virtues and human characters, significant influence on revolutionary Renaissance and Dadaistic art movements. As such, It is historical and epical discussion between Aristotel’s Ethical Robot (Magnanimous) and Nietzche’s Overman Robot (Übermensch).

The Interactive Installation Meeting Points does not have any pretensions to be classified as artwork but rather “anti-art” as tends to criticize contemporary aesthetic, cultural and social changes as result of mutual interaction between people and technology.

Central characters of this interactive socio-critical drama are Ethic Robot and Overman Robot. The first one is feed with knowledge collected from some of Aristotle’s main publications such as Nicomachean Ethics, Poetics, Politics, Metaphysics and second one from Nietzsche’s Thus Spoke Zarathustra, The Antichrist, Beyond Good and Evil , The Birth of Tragedy and Ecce Homo.

We are trapped in circles of information, without facts only with interpretations, as Ethical Robot and Overman Robot are trapped on the roundabout of meanings, symbols, and metaphors they are mixing but do not understand, without facts only machine interpretations. As such tragedy in the installation Meeting Points: Übermensch and Magnanimous is all about how to destroy and rebuild our knowledge and technology addicted society till something good come up.

Key technical novelty presented in Interactive Installation Meeting Points is the combination of chatbot technologies and Recurrent Neural Network (RNN) models that will enable reinforcement learning in order to create artificial conversational agents who will achieve human level performance. The fact, that things can communicate with each other and with the humans enables unsupervised learning and reinforcement learning and knowledge multiplying opportunities.

The Neural Conversational Agent technologies allows us to transform everyday “things” into “smart objects” that can understand and react to their environment. A step further in defining the architectural principles of “smart objects” are cloud speech recognition and speech synthesis technologies that allow increasing the interactivity and raise the level of interaction between people and “smart objects”. Motivated by the technological era in Interactive Installation Meeting Points, we will use two Neural Conversational Agents. In order to create philosophical discussions between two robots, we will use Recurrent Neural Network (RNN) models [5]. RNN are a character-level language models.

We will train RNN with a Nietzsche and Aristotle chosen texts and RNN will model the probability distribution of the next character in the sequence given a sequence of previous characters. Hence, this will allow us to generate new text one character at a time as shown on (Figure 1). An example RNN with 4-dimensional input and output layers, and a hidden layer of 3 units (neurons) from [5] We will use standard Softmax classifier [6] and RNN will be rained with mini-batch Stochastic Gradient Descent [7]. Applying the chatbot technology using as conversation base created Neural Network Nietzsche and Aristotle models we will create a Neural Conversation Nietzsche cyber clone and Neural Conversation Aristotle cyber clone (Figure 2).

By applying this concept, things converted to the “smart objects” will obtain a distinctive personality, intelligence, and decision-making ability. Key novelties in the Installation Meeting Points: Übermensch and Magnanimous are: 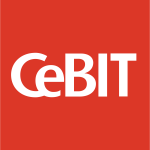 CeBIT is the largest and most internationally represented computer expo. The trade fair is held each year on the Hanover fairground, the world’s largest fairground, in Hanover, Germany.