Smell and taste senses are an essential part of everyday life experiences. They not only create an immediate response; they register naturally in people’s memory, triggering strong and lasting personal emotions and experiences. What if people can taste any food in a virtual world without actually eating them, and imagine the possibilities of transmitting smell and taste information to a remote place and actuate remote user’s perception accordingly. Furthermore, this system will suggest new possibilities for non verbal communication, for example, a social networking platform for sharing smell and taste experiences.

To achieve this, we are proposing a wearable device, which can stimulate smell and taste senses to communicate remotely. This research has two phases in developments. In the first phase, we will determine the responsible areas of the human brain which are highly sensitive to the taste and smell sensations, as well as the electrical signature of stimulated areas. Initially using common foods and smells the associated nucleus in the brain will be identified using a brain imaging technique such as EEG/fMRI. Familiar foods and smells such as sugar, chocolate, wine, mint, lavender and the like will be given into subjects and record the simulated areas in the brain along with the electrical properties of those areas. Upon successful completion of phase one, the second phase of the research will investigate the possibilities of both smell and taste stimulation and communications through noninvasive brain stimulation methods. By using the proposed brain stimulation device, we will be able to stimulate associated nucleus in the brain for the tested stimulations (taste and smells) in the first phase. Apart from these modules, a communication module will be developed in both phases to communicate taste and smell information into a remote place by digitizing the EEG/fMRI signals. 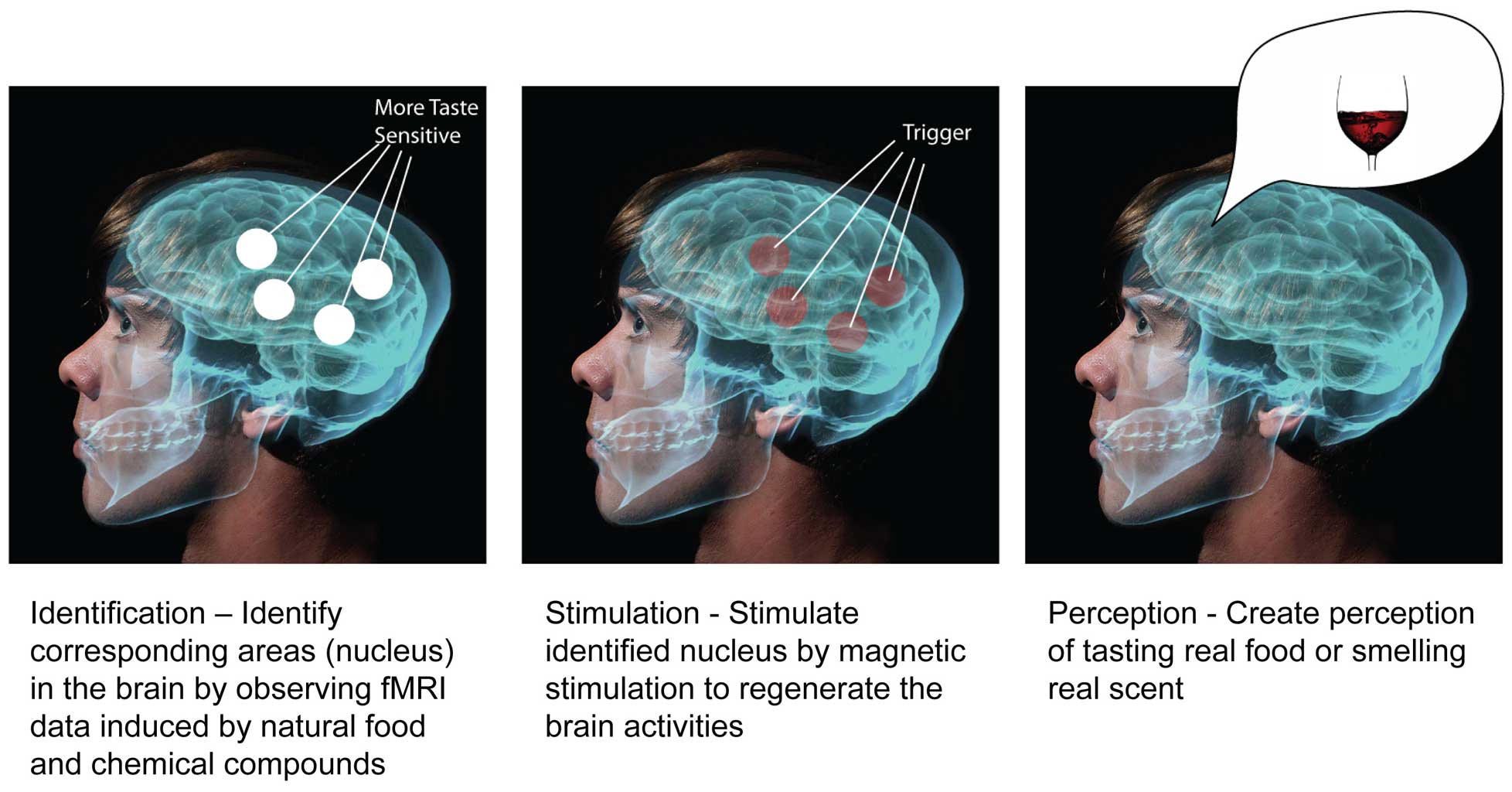